Dear members and friends of the Slovene Association for the Study of English,

We are proud to announce the latest issue of ELOPE, our academic journal.

ELOPE Vol. 13, No. 1, 2016 (Guest Ed. Nada Šabec, Journal Eds. Smiljana Komar and Uroš Mozetič) is a special issue featuring ten papers focusing on various aspects of the relationship between words and music. The journal is already available online and we hope you enjoy reading it: http://revije.ff.uni-lj.si/elope/issue/view/533.

We also invite you to consider contributing your own work for the next issue. Here is the call for papers: http://revije.ff.uni-lj.si/elope/announcement/view/39.

Here is a link to the conference page:

It is with great sadness that we announce the passing of our colleague and friend, Professor Uroš Mozetič. He was a former president of SDAŠ and co-editor of our academic journal ELOPE. Uroš’s poetic mind and his sense for witticisms and humour coined the acronym ELOPE, which stands for English Language Overseas Perspectives and Enquiries. He will be greatly missed. 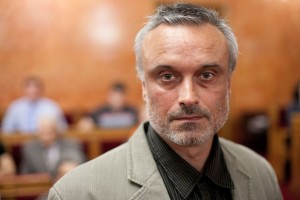 In the preface to Lyrical Ballads, William Wordsworth famously calls poetry ‘the first and last of all knowledge’ and describes the poet’s task as carrying ‘sensation into the objects of science itself’. The editors invite contributions that explore relations between poetic and scientific knowledge, an association commonly neglected in favour of a focus on narrative. Moreover, we seek to explore how technological advances such as the invention and development of eveÍr more sophisticated machinery or changes in the means of communication find echoes in the imaginary and structure of poetry.

By focusing on these connections and correspondences between apparently dissimilar ways of world-making, this issue aims to offer new perspectives on the interplay between scientific and technological innovation and poetic form. It will attempt to trace how paradigm changes such as Darwinism, post-Newtonian physics or non-Euclidean geometry find correlatives in poetry. The editors also wish to promote a critical dialogue between poetic and narratological approaches to relations between literature and science at different historical moments. We welcome critical engagements with specific case studies of poetic or scientific works, as well as theoretical reflections on the relations between poetry and science and technology from the nineteenth to the twenty-first century.

Relevant topics in this context might include, among others:

Detailed proposals (600-1,000 words) for essays of no more than 7,500 words, as well as any inquiries regarding this issue, should be sent to both editors Irmtraud Huber and Wolfgang Funk.

The final decades of the twentieth century saw the rise of humanistic or cultural gerontology, and this has continued apace into the twenty-first century. Interest in English Studies has ranged across the disciplines and beyond, establishing connections with biomedicine, sociology and politics. This work includes studies and creative projects that both analyse and produce visual representations of ageing, from photography to film. In linguistics, explorations of language attrition in Alzheimer’s Disease provide humanistic perspectives on the experience and treatment of this form of dementia. Literary studies has seen explorations of the affect value of literary and cultural texts and analyses of the intersections of ageing and gender, race, sexuality and disability. There is also much work on late-life creativity and late style.

This issue seeks to extend the variety and multiplicity of approaches in cultural gerontology, contributing to the dialogue between English Studies and Ageing Studies. We welcome contributions that explore old age across the full range of literary and cultural forms.

Topics may include, but are not limited to:

Detailed proposals (600-1,000 words) for essays of no more than 7,500 words, as well as any inquiries regarding this issue, should be sent to both editors: Sarah Falcus and Maricel Oró Piqueras.

European Journal of English Studies, CALL FOR PAPERS FOR VOLUME 22, Global Responses to the ‘War on Terror’

Global Responses to the ‘War on Terror’

This issue proposes a thematic shift from the widely discussed traumatic impact of the 11 September 2001 attacks themselves to the transformative impact of the ensuing ‘war on terror’. In particular, it identifies a conceptual gap in the existing criticism on ‘9/11’ and its cultural resonance, which tends to privilege Euro-American responses to the event, while considering trauma, grief and suffering as primarily transatlantic experiences. The corresponding Anglophone canon of ‘post-9/11’ fiction and nonfiction literature, documentary, drama, and film has failed to address the responsive violence incited by the decade-long military campaigns in Iraq and Afghanistan, the destabilisation of political regimes in the Middle East, and other clandestine operations in the Global South in the name of countering ‘terrorism’.

The aim of this issue is to de-centre the singularity assumed by ‘9/11’, and to draw attention to new sites of literary and cultural criticism that move beyond the destruction of the World Trade Center and the physical space of New York City to engage with the multiple crises related to the ‘war on terror’ on a global scale.

Contributions are invited from any sub-discipline in Anglophone cultures and might include, but are not limited to, the following topics:

Detailed proposals (600-1,000 words) for essays of no more than 7,500 words, as well as any inquiries regarding this issue, should be sent to both editors, Michael C. Frank and Pavan Malreddy.

Posted on 08/01/2016 by ljsdas@guest.arnes.si
Dear contributors to ELOPE, dear members of SDAŠ, and dear friends,
It is with great pleasure that we inform you that Vol 12, No 2 (2015) of ELOPE was put online in December 2015. You can view and download the whole issue at http://revije.ff.uni-lj.si/elope/issue/archive.
We would like to inform you that we plan to produce a printed version as well. When it is ready, the authors and SDAŠ members will receive their copies free of charge.
With kind regards and best wishes for a successful 2016,
Smiljana Komar, Editor
Uroš Mozetič, Editor
Posted in ELOPE, Various | Leave a comment

Dear friends and followers, we are very pleased to announce a call for papers for the 2016 SDAŠ conference:

Geopolitical shifts, rapid advances in technology and fluid socio-cultural paradigms are only a few symptoms of our time. However, an old adage has it that the more things change, the more they stay the same. How much does this apply to English Studies? Has English language teaching changed radically in recent years? Are linguistic approaches from the past still valid? What makes a literary canon modern? How does scholarship in English Studies age? What are the implications of the quest for originality? How new is new?

These and other related questions will be addressed at the 4th International Conference of the Slovene Association for the Study of English (SDAŠ), entitled:

M@king It New In English Studies

The conference will take place on 15-17 September 2016 at the University of Maribor, Slovenia.

You are welcome to submit a proposal for a 20-minute presentation addressing the above questions with regard to any of the following fields:
English language;
Literatures in English;
English Language Teaching;
Cultural Studies;
Translation Studies;
Or other related (sub)disciplines.

The conference will include two special panels (more information is available on the conference website):
Moments of Being Virginia Woolf
Shakespeare’s European Afterlife

The due date for the submission of abstracts is 10 May 2016. Authors will be notified about the acceptance of their proposal by 1 June 2016.

Call for Papers: ELOPE Vol. 13, No.1 – Thematic Issue on Words and Music

We are pleased to announce another call for papers with a special topic, this time on Words and Music:

ELOPE is planning to publish a thematic issue on the relationship between words and music, and the place of that relationship in modern culture.

Possible topics of relevance include, but are not limited to, songs and song lyrics, poems set to music, novels about music and musicians, opera and librettos, rock opera, metaphor in music, translating song lyrics, phonetics and pronunciation in singing, drama and dramatic elements in music videos, music and travel, music and tourism, music journalism, music and ideology, using song lyrics in the classroom, and songs and culture.

The language of contributions is English. Papers should be between 5,000 and 8,000 worlds in length, with an abstract of 150–180 words. They should be submitted electronically, and should conform to the author guidelines available at http://revije.ff.uni-lj.si/elope/about/submissions.

Any inquiries can be sent to Prof. Nada Šabec (nada.sabec@um.si), Guest Editor of ELOPE 13 (1).

Publication of the latest issue of ELOPE

Dear members and friends of the Slovene Association for the Study of English,

We are delighted to announce the publication of the latest issue of ELOPE (Vol. 12, No. 1, 2015, Ljubljana University Press). The special issue “Cultural Encounters with the English-Speaking World,” edited by Monika Kavalir and Andrej Stopar, is already available on-line (http://revije.ff.uni-lj.si/elope/issue/view/298).

Please note that the past volumes of ELOPE are also accessible on-line (http://revije.ff.uni-lj.si/elope/issue/archive). Each article now has a DOI number (e.g., http://dx.doi.org/10.4312/elope.12.1.137-139), which makes the articles and their citations easier to find and track.

We kindly invite you to submit your contribution for the next issue. The call for papers can be found here:  http://revije.ff.uni-lj.si/elope/announcement/view/28. Please submit your articles using the on-line platform.

We wish you a pleasant summer!